Wrappin' Up the Weekend: Art on the Rocks


This weekend was full of great activities such as Saturn Swap, a Caribbean fest, Art in the Gardens, and the St. Vincent’s Health Festival (with hot air balloon rides)! The event that stood out the most to us was the much anticipated return of Art on the Rocks. If you haven’t been to Art on the Rocks in a while, let me just say that the Birmingham Museum of Art has stepped up their game! Think “Tony Stark throws a house party.” Yep, Friday night the BMA was the coolest venue in the ‘Ham. Even though we were tired from being at the Y’all Connect social media conference all day, we were immediately energized by the atmosphere as soon as we walked through the museum doors. 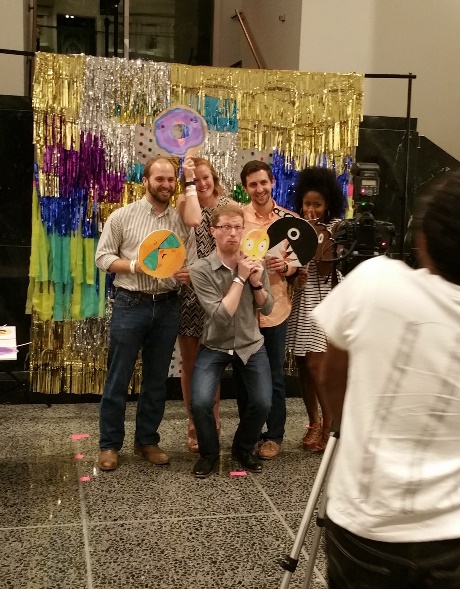 Upon entry, we were greeted by a photo party station with a little twist. The props were emoticons and random cartoons. In fact, one prop was a pile of feces! It was surprisingly the most poop-ular of the props. Badum-cha!

New this year are various food trucks and carts that provided unique dining options to enjoy while not having to leave the event. We couldn’t resist Big Spoon Creamery’s blueberry cheesecake ice cream sandwich.

In addition to the food and music in the parking lot, there were live bands outside on the rooftop and glow in the dark bocce ball! Back inside included a giveaway from Brombergs, a happenin' DJ, and a pop-up boutique. It was fabulous running into old friends and meeting new people from space to space. 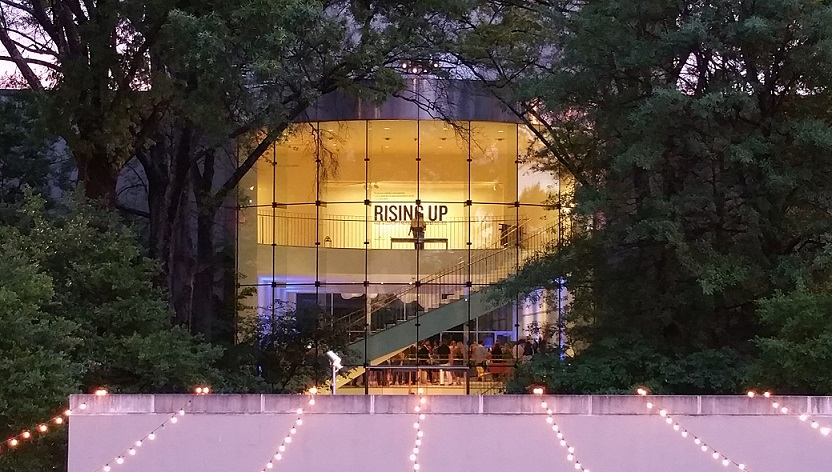 If you needed a break from the excitement, the museum allowed attendees to walk the hall and through the Rising Up exhibit that is currently being featured. Its vivid colors complemented the celebratory atmosphere while also serving as an unexpected history lesson. We are so grateful to Birmingham Museum of Art for the invite and look forward to attending the next Art on the Rocks on July 10th. 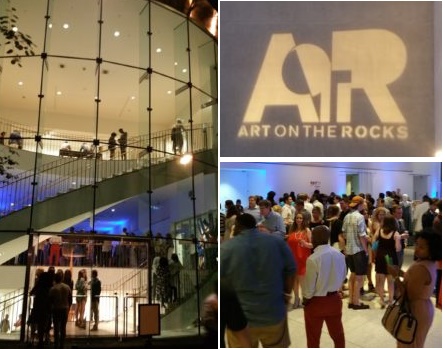 This is just one of the many great examples of fun blended with culture that are constantly happenin’ in our city. Don’t miss out! Be sure to check back each week to find out what’s Happenin’ in the ‘Ham and follow us on Facebook and Instagram @happeninsintheham and on Twitter @BhamHappenins! You should also join in the fun by posting your pics from various events with the hashtag #happeninsintheham and #RUhappenin