Birmingham was definitely NOT short on events to attend this weekend! We attended a LOT of these events during our packed out Saturday. My forearm was covered in armbands by days end, but there was one event that stood out amongst the rest. The moment we arrived at this event we thought to ourselves, “THIS is what our blog is trying to promote!” The event included a diverse crowd of Birmingham citizens, had a variety of delicious lunch and desert options, as well as music and dancing. The best part was that this event was FREE! I’m referring to the **[Woodlawn Street Market](https://www.facebook.com/woodlawnstreetmarket)**.
![Woodlawn Street Market robot](https://s3.amazonaws.com/happenins-in-the-ham/2017/01/Woodlawn-robot-1.jpg) For some people a trip to **[Woodlawn](https://www.facebook.com/WoodlawnAL)** is also a trip out of their Birmingham comfort zone. Even we weren’t sure what we were getting into, but we were AMAZED and how energized, friendly, and diverse the crowd was. There was a dance-off in the middle of a parking lot, a variety of local food, and some cool shops. A painted mural on the side of a brick building said it all: **[*“It’s nice to have you in Birmingham!”*](http://www.bhamwiki.com/w/It's_Nice_to_Have_You_in_Birmingham)** Sometimes we don’t want to acknowledge ALL parts of Birmingham, but Woodlawn is the next Avondale in the making. It is swarming with entrepreneurs and a few of them make some damn fine coffee.
![Domestique Coffee in Open Shop Woodlawn](https://s3.amazonaws.com/happenins-in-the-ham/2017/01/Open-Shop-woodlawn.jpg) The coffee we found was in an unmarked shop called **[Open Shop Woodlawn](https://www.instagram.com/openshopwoodlawn/)** (on Instagram not FB). The walls were lined with backwards books and it looked like Inception meets Interstellar. The guys with the coffee samples are with a new company called **[Domestique Coffee Co](https://www.instagram.com/openshopwoodlawn/)**. (also on **[Instagram](https://www.instagram.com/domestiquecoffee/)**). Domestique donates generously to Haiti where their coffee beans are sourced. We tried a Nitro-Cold Brew that looked like a Guinness and was very refreshing once it settled. Domestique is French for “servant” and is a reference to a cyclist that works for the benefit of his team and leader. One sip of this stuff and you will be hooked!
**UPDATE: Domestique won Audience Choice at the [2016 REV Birmingham's BIG PITCH!!!](http://www.revbirmingham.org/rev-biz/bigpitch/)** 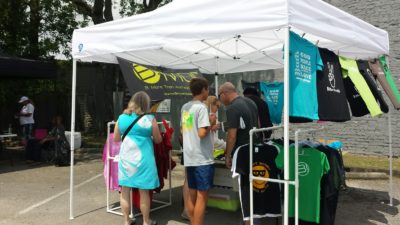 Another person we met was a guy who goes by the name “B-Moe.” B-Moe was selling t-shirts that had positive and uplifting messages like “B Color Blind” and “B-Peaceful.” He had a Birmingham shirt that we really wanted, but he didn’t have the right size. After talking to him for a minute he leaned down and grabbed a Birmingham visor which he then handed to us as a gift. This kind of generosity is what makes us love our city so much!

This kind of generosity is what makes us love our city so much! 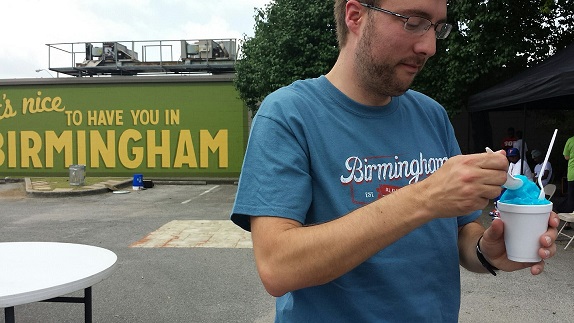 As we headed out from the market we bought some Magic City Sweet Ice which was the perfect refreshment on a hot summer day. We left energized and not just from the shots of nitro-coffee. We had a renewed sense of purpose. Remember, Birmingham, there’s a lot Happenin’ around town if you just know where to look!

Here are some photos of this weekend taken by us at the Vestavia Hills Library: Concert in the Forest, the Woodlawn Street Market, Jam in the Ham at Zydeco, Trunkstock 2015 at Avondale Brewing Co, and Zoo, Brews, & BBQ at the Birmingham Zoo! 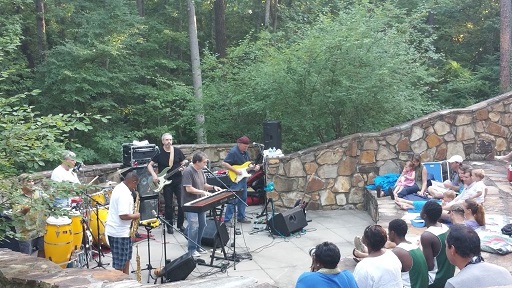 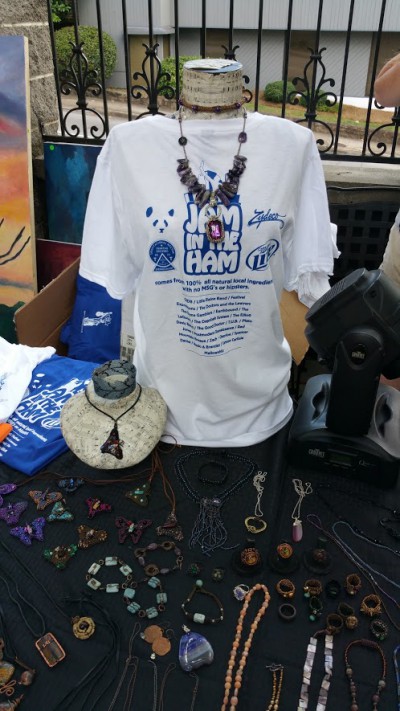 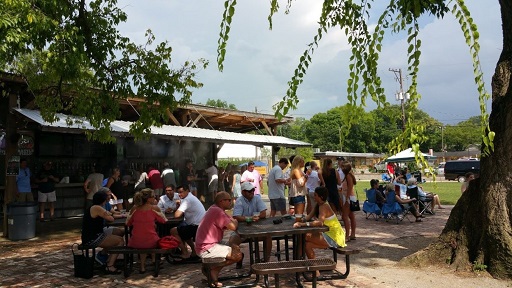 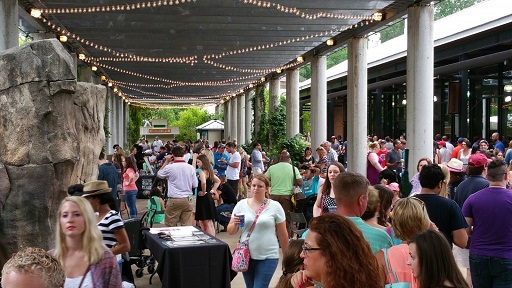 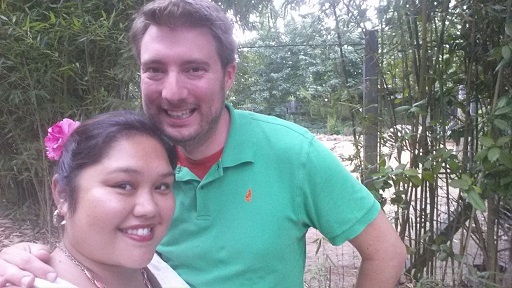 We hope you had a wonderful weekend as well, Birmingham!

Wrappin' Up the Weekend: Art on the Rocks

Zyppin’ Around the ‘Ham: Our Birmingham Zyp BikeShare Test Ride