Ron Pope: A “Drop in the Ocean” is Still Making Waves 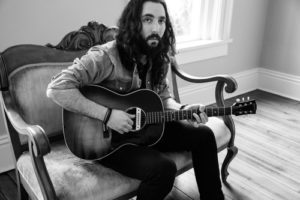 Born in Marietta, GA, Ron Pope was playing college baseball when an injury altered his life’s path and led him back to his passion, music. You may know him from his hit single “Drop in the Ocean.” We recently got the chance to interview Ron as he continues his “Hell or High Water” tour with The Nighthawks. Like his sound, Ron is constantly evolving as an artist, but remains true to his passion for great songwriting. We asked him about his southern roots, inspirations, and memorable moments from his tour.

Happenin’s in the ‘Ham: Being a southerner yourself, how do you compare playing venues in the south with venues in New York and other large cities?

Ron Pope: There's no specific character of any given city's fans. It's not like "Fans in Nashville act this way and fans in Berlin act that way." It depends on the night, the individuals who are there, and all kinds of other factors. I've been to cities two times in the same year and had polar opposite experiences, so I just try to get on stage and let it rip every night and not worry too much about any kind of expectations or preconceived notions I might have. Every show is unique.

HITH: Your sound has evolved over the years. The New England Sessions and what you are currently doing with The Nighthawks each have a different sound and feel. Can you tell us a little about how, going into a new album, you decide what you want the feel of the music to be?

RP: At the end of the day, I just want to chase the muse and serve the songs. As long as I'm doing something that feels honest to me, I can't really ask for much more. I never start making a record thinking "Oh I'll do this or that." I just find my way as I go; that has led me through all kinds of sonic twists and turns over the years.

HITH: We know that touring can be tough and has its crazy moments. Are there any specific shows, moments, or fan interactions that left a lasting impact on you? 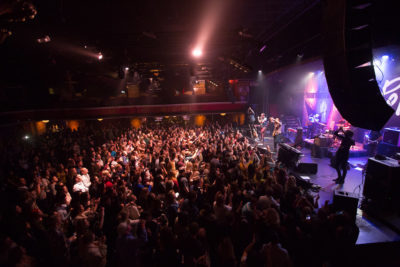 RP: Playing at Irving Plaza in New York for the first time was a powerful experience. That was my first big show in the US; my grandparents were there in the balcony. I had them toss a spotlight up there and my grandma stood up and waved down to everyone like the queen! That was more than worth the price of admission for me. I'll never forget that day as long as I live. The time before that when they saw me play, it was for about 8 people in the worst part of Miami. Seeing my grandmother beaming up in that balcony was one of the proudest moments of my life. I also caught my mother's eye when I was getting off the stage in New York at Webster Hall; that was special. My first sold out Nashville show. Radio City for the David Bowie tribute. The Bravalla Festival in Sweden with 50,000 people singing along. Every night out there on the road can be magic; I guess that's why I keep going back.

HITH: The themes of your songs resonate with a lot of people. The YouTube comments are filled with things like “OMG, my face is leaking.” How much of your success do you attribute to being relatable and how does that factor into your songwriting?

RP: I don't know what people hear when they listen to my music. That's the best part; art is subjective. If I think I'm painting a picture of a chair and when you look at it, you see a lemon, well then for you, it's a picture of a lemon. I'm proud that people take my songs in and make them part of their own lives. I don't know how or why it happens, but I feel thankful that it does. All I know for sure is that I'm trying to be honest every day.

HITH: What direction do you see your music going in the next few years? Is there a certain genre that you are leaning towards, or do you take it one song/album at a time?

RP: I take it one day at a time and chase the muse wherever she leads. If I wake up tomorrow and want to make a reggae album, you can bet I'll do just that. I try to be true to my inspiration; that's the key. If you're telling the truth, people feel it in the music.

Thank you, Two Men and a Truck Birmingham!

Raising Some “Hell on the Border” in Birmingham, AL

Experience the Roaring 20’s at The Marble Ring in Avondale